OK, so I bumped Michelle this week. It’s nothing personal but I only have two mic’s. And I asked her to find another one, but she was like, whatever. So my guest is Scott Thompson, a very passionate and incredibly talented comic/actor and he disagree’s but a bit of a social activist. It was a really neat recording. He spoke for a while before we rolled digital, and he was so passionate and raw. As a gay man who was out long, long before it was a safe choice in entertainment Scott has earned a point of view that is as funny as it is surprising. It was a joy to dance the dangerous edge of impropriety with him. And after we stopped recording we kept talking for another hour. I know its only my third podcast, but damn… What a fucking interesting cat! Trigger warning, there was little off limits, and the creator of Buddy Cole isn’t afraid to speak his mind, cause he’s earned the right to not give a fuck… 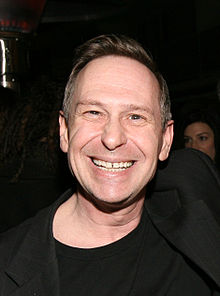 The Atomic Brain Podcast Guest on Episode three is none other than Scott Thompson!